Scroll hungry social media users (mostly women) are the primary target of Alpilean. It contains a dangerous ingredient, therefore not safe for most of the women. Atleast, the maker should have disclosed potential adverse effect clearly.

No! It has no secret formula. It contains a component which mimics the effects of banned Ephedra.

AlpiLean supplements are making some news online like many other Lean sounding supplements did earlier.

It is being advertised as a secret formula sourced from mountains. Is it true?

To some extent, YES, it is a secret formula as the ingredient proportioning in Alpilean is not disclosed. Only ingredient names are revealed in the official website! It is a proprietary blend of six herbal ingredients. The formula is a secret for buyers!

Looking at the ingredients- ginger and turmeric root are common spices in South-Asian Cuisine and drumstick leaves being consumed in India over thousands of years!

Golden Algae, Bigarate orange and Dika nut are the other three ingredients. Are they of any use? Are they dangerous? Let’s discuss ingredients in detail a little later.

It is another claim made by sellers. Instead of calling it a metabolism booster, they call it inner body temperature optimizer! (boosting metabolism no longer works?)

We could not find any such study done in 2023 or earlier.

It is a well-known fact that body temperature is strongly associated with obesity markers in men and postmenopausal women. But not with everybody out there.

Studies have found that there is no association between body temperature and obesity in premenopausal women might be due to the influence of the menstrual cycle. [source]

Research indicate that lower inner temperature could be one of the reasons for obesity, but there are many other factors that can make people gain weight. [source]

Ingredients in Alpilean – Can they make you lean?

Now let us focus on Ingredients one by one.

Golden algae are nothing but brown algae which have fucoxanthin pigments. Fucoxanthin is a substance that gives algae that brown or olive-green colour.[ref]

Fucoxanthin is found beneficial in preventing and treating obesity in some of the studies by increasing leptin levels in the blood and thereby giving a feeling of fullness.

In other words, it controls hunger signals and thus helps us in dieting.

It might also help in treating diabetes, heart related diseases and cancer. Further studies are needed to draw such conclusions.

No studies on Fucoxanthin prove that it boosts inner body temperature and in beneficial in liver and brain health as Alpinlean website claims.

Dika is an edible fruit with an edible seed wildly grown in African forests. It resembles small mango and so is called African Mango. [ref]

Seeds of this fruit are more popular in Africa than the fruit as they are rich in protein and fat. The seed kernels are eaten raw or roasted like cashew nuts. They are often ground to make butter or molded into chocolate-like bars.

However, none of the studies conducted on dika nuts so far support the weight loss claims made by supplement sellers. It may have some health benefits, but doesn’t look like a wonder nut to target obesity.

Warning: This is one ingredient you should be more careful about.

It is nothing but bitter orange which has a distinctly sour and bitter taste. It is used in herbal medicine as a stimulant and appetite suppressant as it has synephrine alkaloids which are said to be similar to ephedra.[source]

Ephedra was banned by FDA in 2004 considering the serious side effects on heart. Then supplement manufacturers started using Synephrine from bitter orange as an ephedra alternative. But even bitter orange is not free from side effects.

In fact, it is linked to some serious side effects and even deaths! Bitter orange has some chemicals that can cause adverse effects on central nervous system.

Finally, effects of consuming bitter orange on weight is not established or proven so far in any of the trials conducted.

Very less trials have been conducted so far. Few studies prove that synephrine in bitter orange accelerates heart rate, but NO considerable decrease in weight.

Moringa or drumstick is a major crop in Asia and Africa. It is being used in traditional medicines and cuisine there from time immemorial.

It is nutritionally rich, a very good source of Vitamins A, B1, B2, B6 , C and minerals like calcium, potassium, magnesium, zinc and iron. It also has proteins, amino acids and antioxidants.

Not many clinical studies have been conducted to find out its ability to treat obesity, but studies conducted on rats show significant weight reduction.

It is another Asian herb famous for its health benefits. It is anti-inflammatory, antioxidant, eases digestion, reduces oxidative stress and also rich in minerals. It is widely used for weight management in traditional medicines as it eases digestion.

Turmeric has certain anti-inflammatory properties that can reduce inflammation in the body, which is considered as one of the causes of obesity. Turmeric has a substance called curcumin which prevents or heals many obesity-related health issues like chronic inflammation.

Is AlpiLean worth trying?

The official website is just a one-page Sales page without any crucial info that proves the effectiveness of their proprietary blend. It looks like tricking the reader into the theory of targeting inner temperature and aiding fat loss.

Have a look at these 3 supplements & select the safest one for you. 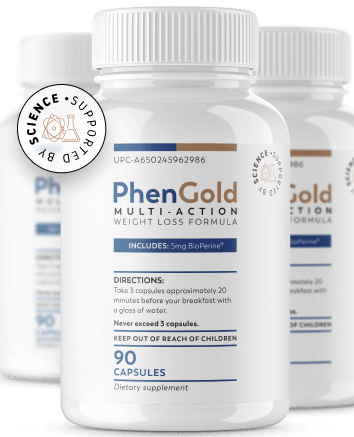 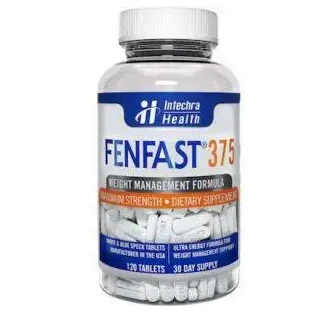 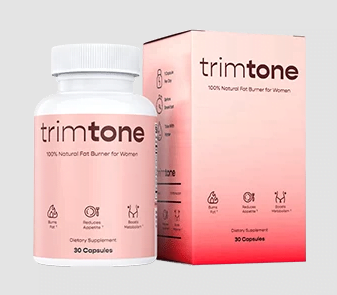 Alpilean is a slimming supplement being marketed as inner temperature booster (metabolism booster). It does not have any strong appetite/hunger suppressing ingredient.

Hunger controllers are very important in a dietary supplement as they make dieting and weight loss easier. But Alpilean is focusing on boosting inner body temperature which has a direct effect on heart health.

People with metabolism disorders may get some good results if it works the way sellers claim. But people with binge eating habits, emotional eaters and hormonal issues are not likely to lose considerable weight.

Warning: It contains bitter orange that imitates banned ephedra in side effects! 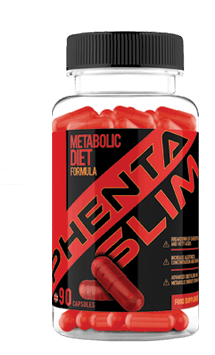 These two medications  are appetite suppressants that are usually prescribed to control weight gain. Studies… 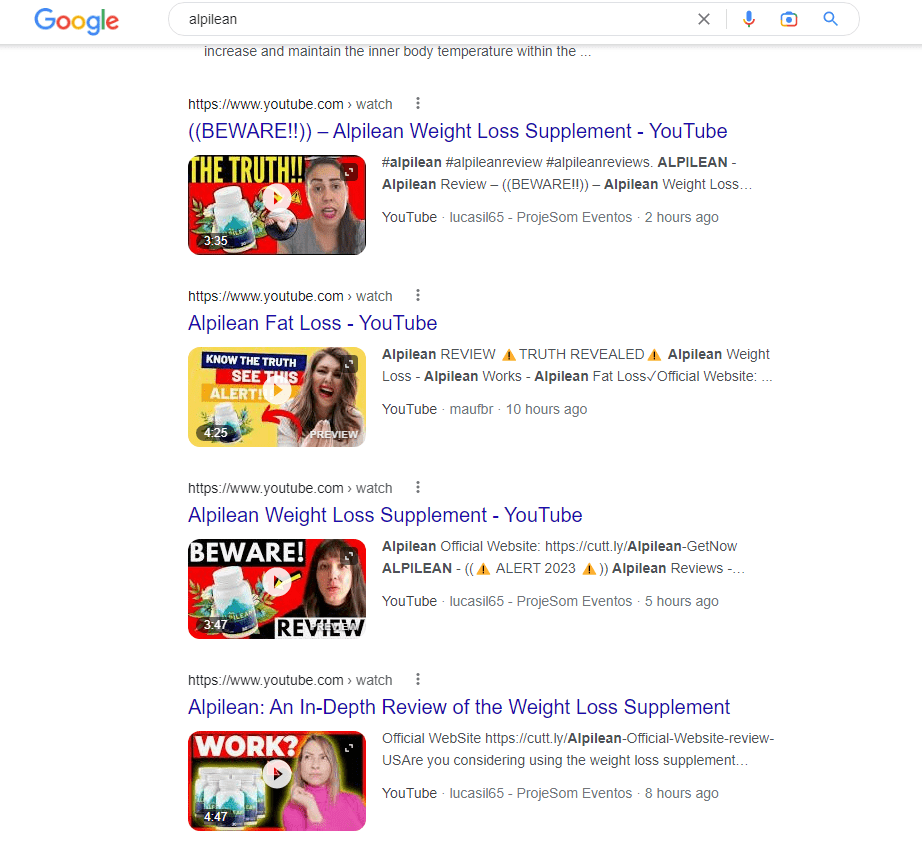 So, have you been conned by Dietspotlight’s Burn-TS diet pill? Are you frustrated by not… 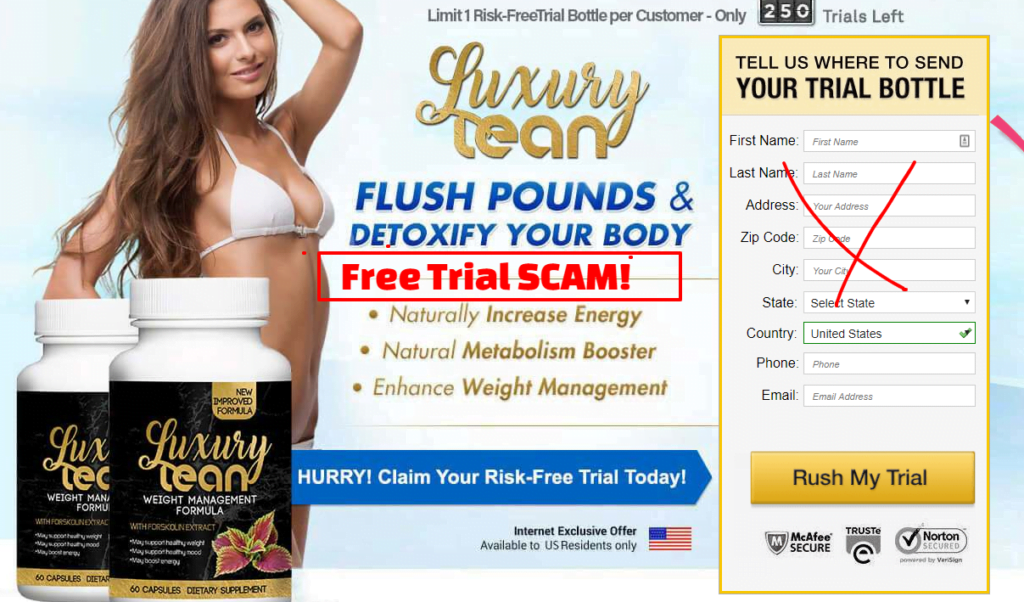 Luxury Lean is yet another bogus diet pill which does not work. That is the…